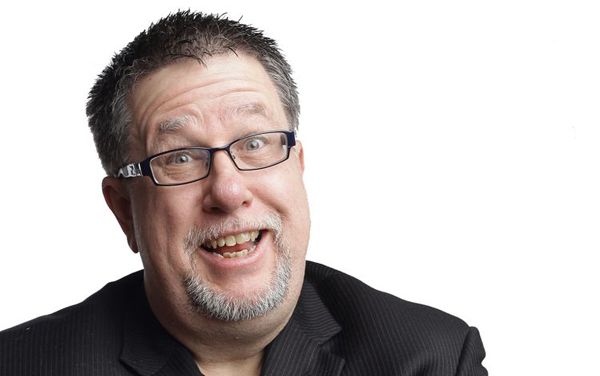 Broadcasting in the Social Media Age

Bob asks how technology has changed over the years in broadcasting?

Steve talks about way back in the beginning of his tv show it took a ton of resources to produce.

They were shooting with tube cameras. They had three cameras and had 14 people on the floor plus another 12 or so would work on editing and producing it. The cost per episode would be around $40 000 which was an efficient show at the time.

3 years ago in the last season it was a robotized studio with only five people working on set and the process was more automated and streamlined.

Now with Steve’s online show he does everything himself in a couple of hours on his Mac. Amazing. The quality isn’t the same but the content is as good. He loves being able to produce content quickly in response to new product releases and breaking news.

Bob said at the end of the day, as long as the audio is good and the lighting is good that is all that matters. Everything else is content and content is king.

Steve said that some shows have great content but could definitely improve their production values.

Andrew agrees and uses Blog Talk Radio as an example. There are a lot of good Blog Talk Radio shows (content wise) but the audio quality is so bad that it is almost not listenable.

Bob asks Steve how much time he spends researching a topic before producing a show?

Steve said that a lot of the content falls in his lap with new app releases and software updates. The flow of information through Social Channels makes it easier to find information. The time invested is usually in figuring out software that he is going to demo.

Free software or Freemium software is causing people to not learn or engage with the software like they used to when they had to pay for it. If you don’t figure out a product in a few hours you move on to the next one. If your too busy flitting back and forth between software packages you spend all your time in the pursuit of productivity instead of being productive.

Steve talks about the little differences in production values that make a huge difference in the finished product. He uses lighting as an example. If you have bad lighting the show will look unprofessional.

Steve asks Andrew and Bob how they do their podcasts? What gear and techniques, etc?

Andrew talks about the Bunker Project podcast and how the show evolved over time.

Andrew and Bob talk about what it is like to do The Bunker Project show.

Bob asks Steve how he is using Social Media to get the word out about his show?

Steve said it is pretty much organic now. His biggest asset is his email list. During the production of his TV Show he build a list of about 25 000 people which he didn’t do much with at the time. He started sending out a newsletter and about 10 000 of the people dropped off the list but the remaining 15 000 are golden.

Steve is using Facebook to engage with his audience. He sat next to Mari Smith at Social Media Camp in Victoria last year and ended up taking her course. he said it has been a lot of fun.

Steve is slowly building up his Youtube presence as well. His channel is slowly gaining momentum with about 5000 subscribers.

Steve talks about the tools people have nowadays for building websites. Steve likes WordPress Frameworks like Headway and Themify. He loves Event Bright which helps anyone set up bookings for events.

Andrew talks about Headway which what we use for Maven Interviews and The Bunker Project websites.

Steve talks about Square and how you can charge people’s credit cards through your iPhone?

Bob asks do we need any more power in our devices or are we already under utilizing our current devices?

Steve asks if we know what our processors are in our computers? Steve said he doesn’t know the feeds and speeds. He used to be a total geek about that stuff. He is more interested in RAM and ports and what he can do. Focus on what you need and don’t worry about the rest.

Steve uses an iPhone and the Blackberry Z10.  We talk about mobile phones and the technology surrounding them.

Andrew talks about Boss Jock Studio which is an iOS app that allows you to produce podcasts on the fly. It is a complete podcast studio which allows you to play intros, outros, voice mail feedback and you can upload straight to your media host when your done.