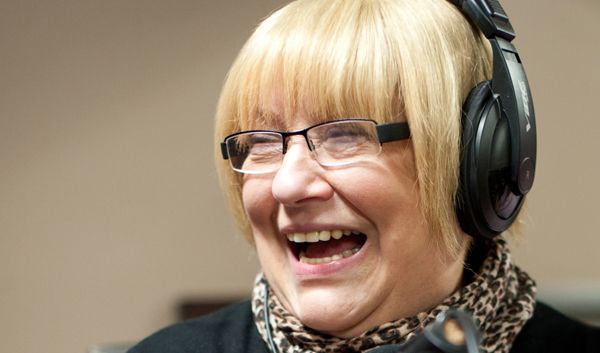 Bonnie talks about her favourite coffee shop in her neighborhood which is the Wired Monk. Great coffee and food makes for an awesome place to tweet!

Andrew asks Bonnie what Twitter tools she uses to manage over 100 000 followers and how she keeps a high level of engagement with her community.

Bonnie said managing 100 000 followers is difficult and she uses lists to help make it manageable.  She will also pick one follower and look closer from time to time. She uses Commun.it for finding influencers in her network.

Bob asks how can someone who is just starting to build out their Twitter influence get started?

Bonnie advises to pick a thought leader or influencer and harvest followers from their account. If the influencer has created lists then this is a great place to start because he/she has curated a list of top people for you. Read the bio and check out some tweets that they have in their stream. And follow the ones that fit your strategy. Don’t follow everyone… make sure you have a strategy with your follows.

If you are under 2000 you need to keep your ratio within 10 to 15 % otherwise you not be able to follow more. Bonnie recommends keeping the following / follower ratio pretty close. She says Twitter is supposed to be a conversation.

Bonnie is tweeting 90% other peoples content right now. Curating great content that you know your followers are interested in. She doesn’t recommend just broadcasting your own information over and over again. Me, me, me, me and me doesn’t work so well.

Bonnie talks about Twitter being a communication channel and not just a “look at me” platform. She uses the plane crash in San Francisco as an example.

Bonnie said it something that she struggles with as well. She schedules a lot of her tweets and interacts with people in between. Scheduling allows her to get a lot of content out there without spending all day on Twitter.

Bonnie had a conversation on Twitter she had with some people on the topic of Evernnote vs One Note.

Andrew asks which platform won… Bonnie said she prefers Onenote because it is cleaner.

Bonnie said it is the same strategy as promoting anything else, like a blog or event. They tweet about the episode before they start recording it, then they tweet when it is finished and available to view in the archive and a final tweet about 9 days later. The tweets all use slightly different wording.

Bob asks Bonnie if she thinks that tweeting during a TV Show or an event is a fad or if it is going to continue to grow?

Bonnie can’t do two things at the same time. If she goes to an event and paid good money to see someone speak she wants to listen to what they say. She likes the idea of taking notes and tweeting out during breaks or between speakers.

Bob asks what is the one thing that you should do on twitter to improve your influence?

Andrew asks if Bonnie uses analytics to evaluate which content her audience likes?

She said absolutely. She tracks all the links and can see what people click on and retweet. She is sometimes surprised by what her followers like and keeps track and feeds them more of that type of content.

Andrew talks about Marcus Sheridan and River Pools and how the company was completely turned around using content marketing.

Bonnie talks about why you shouldn’t use DM’s on Twitter unless you know the person. She talks about Margaret Reynolds and her Social Media Foreplay talk.